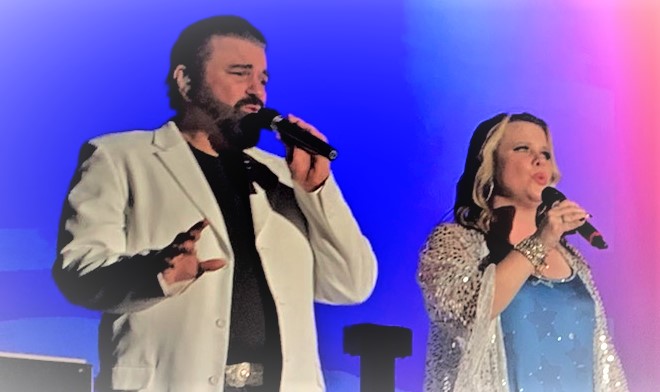 2022 has brought some big changes to The Blackwoods including the addition of husband and wife duo of Mark and Paige Kingsbury. This will be the first time these newlyweds have shared the stage singing in a show. Mark is starting his 4th season and Paige is brand new this year to The Blackwoods. We’re excited for this new addition!

Mark is no stranger to music or the stage, having traveled around the world singing and ministering with his family from the age of 3, Mark has traveled internationally with them singing Lead and Tenor in Mexico, Guatemala, Nicaragua, Honduras, Belize, El Salvador, China (even singing at The Forbidden City), Vietnam, Thailand, South Korea, Canada and every state in the United states Except Hawaii and Alaska…we’re working on that!

He traveled extensively throughout the United States and Canada as part of a college Drama and Music Team called the Couriers of Zion Bible Institute that included singing and acting before crowds of 3 to over 25,000 in attendance.

Mark has also been the worship leader for several churches and ministries. However the moment that he remembers with the most joy is the day that long-time singer, producer and friend, Gary McSpadden (of The Imerials, The Oak Ridge Boys, The Bill Gaither Trio, The Gaither Vocal Band) asked him to be in a new quartet that he was forming in Branson. Mark gladly accepted before even knowing who any of the other members would be. Little did any of them know that this would be the last quartet that, “Pastor Gary”, as he was known later in life, would ever form.

Paige has been singing and acting all her life. Singing with her family, in church and anywhere else she can sing! Which pretty much means everywhere she goes you’ll probably hear her singing!

Remembering Jerry Kirksey Jerry Kirksey, Editor Emeritus of Singing News Magazine, passed away today at the age of 82. Mr. Kirksey had been in declining health for several years.Born in Panama City, Florida, on June 13, 1940, Jerry and his family returned to his parents’ hometown of Pensacola following World War II. It was during his junior year of high school that Jerry first began working in one of his greatest passions, radio. After his graduation as a part of the Class of 1958, Jerry moved back to Panama City to begin work with WTHR Radio.A return to Pensacola in March of 1960 set Jerry on the path that would ultimately defining his professional career. Jerry began working with The Florida Boys, as the quartet’s promotional director and office manager. This led to a working relationship with J.G. Whitfield. Jerry would work closely with Mr. Whitfield as the Southern Gospel music icon promoted concerts across the nation, and eventually launch what went on to become the largest and oldest Southern Gospel music publication, Singing News Magazine. Jerry served with Singing News Magazine from May 1969 until his retirement in 2010, encompassing a total of 492 issues. During his time at the magazine, Jerry created Southern Gospel music’s first National Radio Airplay Chart (1970) and the Singing News Fan Awards (1971).In addition to his work with Singing News, Jerry served on the board of directors of the original Gospel Music Association, and the board of the original Southern Gospel Music Association of Georgia. He was involved in organizing the Southern Gospel Music Guild and the modern-day Southern Gospel Music Association. He was actively involved in the building and development of the original SGMA Hall of Fame and Museum at Dollywood. Jerry was inducted into the SGMA Hall of Fame in 2011.Jerry married Carolyn Sue Rhodes on October 1, 1967. Sons Kenneth and Brett would eventually work with Jerry at Singing News, especially after the family moved to Boone, North Carolina, in 1987 following the sale of the publication to North Carolina businessman Maurice Templeton. Likewise, Carolyn was a fixture at many Southern Gospel concerts as she and Jerry represented Singing News across the nation. Carolyn passed away in July of 2015.Funeral arrangements are pending at this time. A complete tribute to Jerry will be found in the March 2023 issue of Singing News. ... See MoreSee Less

We will be at God And Country Theater with Jerry Presley this year 2023 ... See MoreSee Less

The Blackwoods of Branson extend condolences to the family of Lisa Marie Presley. Our prayers are for their peace and comfort during this time of difficulty and broken hearts. To Priscilla and Lisa Marie’s 3 daughters, may you be surrounded by God’s presence and His love!In deepest sympathy,RW and Donna Blackwood ... See MoreSee Less
View on Facebook
· Share